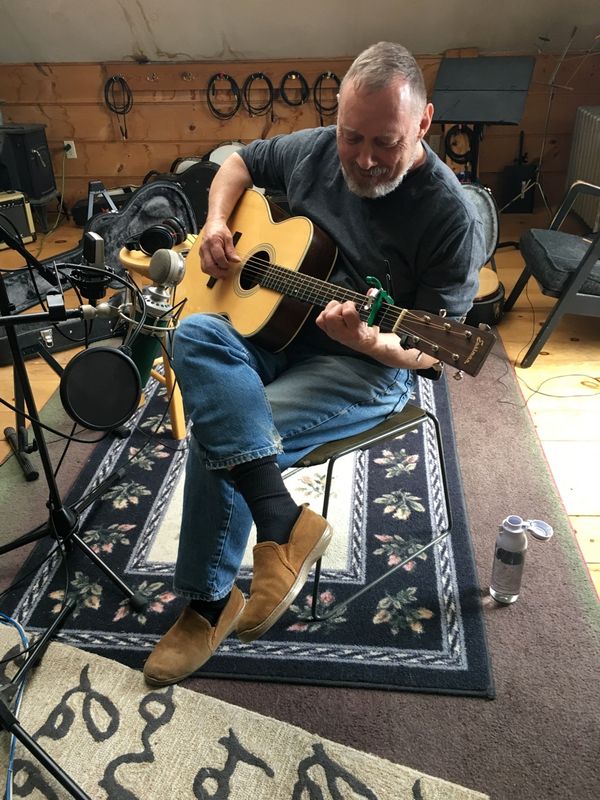 As many of us rural musicians do, Carl Goulet flies a little under the radar which is why we are so excited to present to you his first full-length album Gazebo, recorded at Pepperbox Studio.

Carl's songwriting follows in the footsteps of other honest, sometimes political and always heart-centric songwriters like David Mallet, Bruce Cockburn and Gordon Lightfoot. When he first tried out his material in front of our microphones, hemming and hawing with self-effacing utterances and downplaying his considerable skills, I was blown away and quietly delighted. All I wanted & needed to do was encourage him to do what he does so well already, but do it for posterity. The fact that we were able to capture these incredible songs in a few short sessions speaks to his fluency with his craft. "Gazebo" is a stripped down, unplugged set of songs brought to you by one of Vermont's secret (sort of) songwriters. Each song has a message conveyed passionately, humorously and backed by thoughtful acoustic guitar arrangements. It was time for Carl to connect with his larger audience, and this album with surely do that.